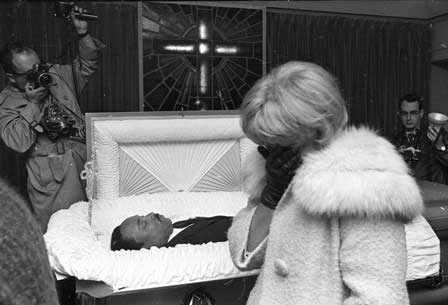 Forty years after the assassination of Dr. Martin Luther King Jr. at age 39, a new History™ special, KING, with newsman Tom Brokaw, takes viewers on an unprecedented journey back in time and forward to today.  KING goes beyond the legend to delve into the man, the questions, the myths and, most importantly, the relevance of Dr. King’s message in today’s world. Nancy Dubuc, Executive Vice President and General Manager, History™, announced that the two-hour special will premiere on History on Sunday, April 6 at 8pm/7C.

“Dr. King led a revolution of change fighting for the most basic of human rights – equality,” said Dubuc.  “As we reflect on the fortieth anniversary of his death, Tom Brokaw will bring to life King’s legacy. The personal and historical revelations here are a poignant message for today’s times.”

In a rare television interview, Dr. King’s son Martin Luther King III shares his memories and thoughts about his father in the special.  In an insightful conversation with Brokaw, he talks about how he carries his father’s torch today by leading a new campaign against poverty called “Realizing the Dream.”  During the interview, he takes Brokaw into the field to show him the devastating poverty still plaguing our nation.

Some of Dr. King’s closest confidants draw viewers inside his mind as he led the civil rights movement; and others from public life and entertainment speak about his indelible influence on their lives. Among those interviewed in the special are Andrew Young, Former President Bill Clinton, Harry Belafonte, Chuck D, Forest Whitaker, Rep. John Lewis and many others.

KING brings to life many aspects of his unwavering fight for civil rights: his decision to join the bus boycott in Montgomery, Alabama; the fateful march in Selma; his incarceration in Birmingham; the march on Washington; and his tragic death in Memphis. It shows his personal struggles and triumphs, moments of doubt and weakness, and his humility and humanity.

“With every passing year we have a greater understanding of the magnitude of Dr. King’s achievements and the historic place he occupies in the pantheon of American heroes,” said Brokaw. “As a young reporter in the South I was witness to his courage and his oratorical genius in the face of often violent resistance to the idea that every American should have equal rights. Revisiting that time and his place in it has been a deeply rewarding experience.”