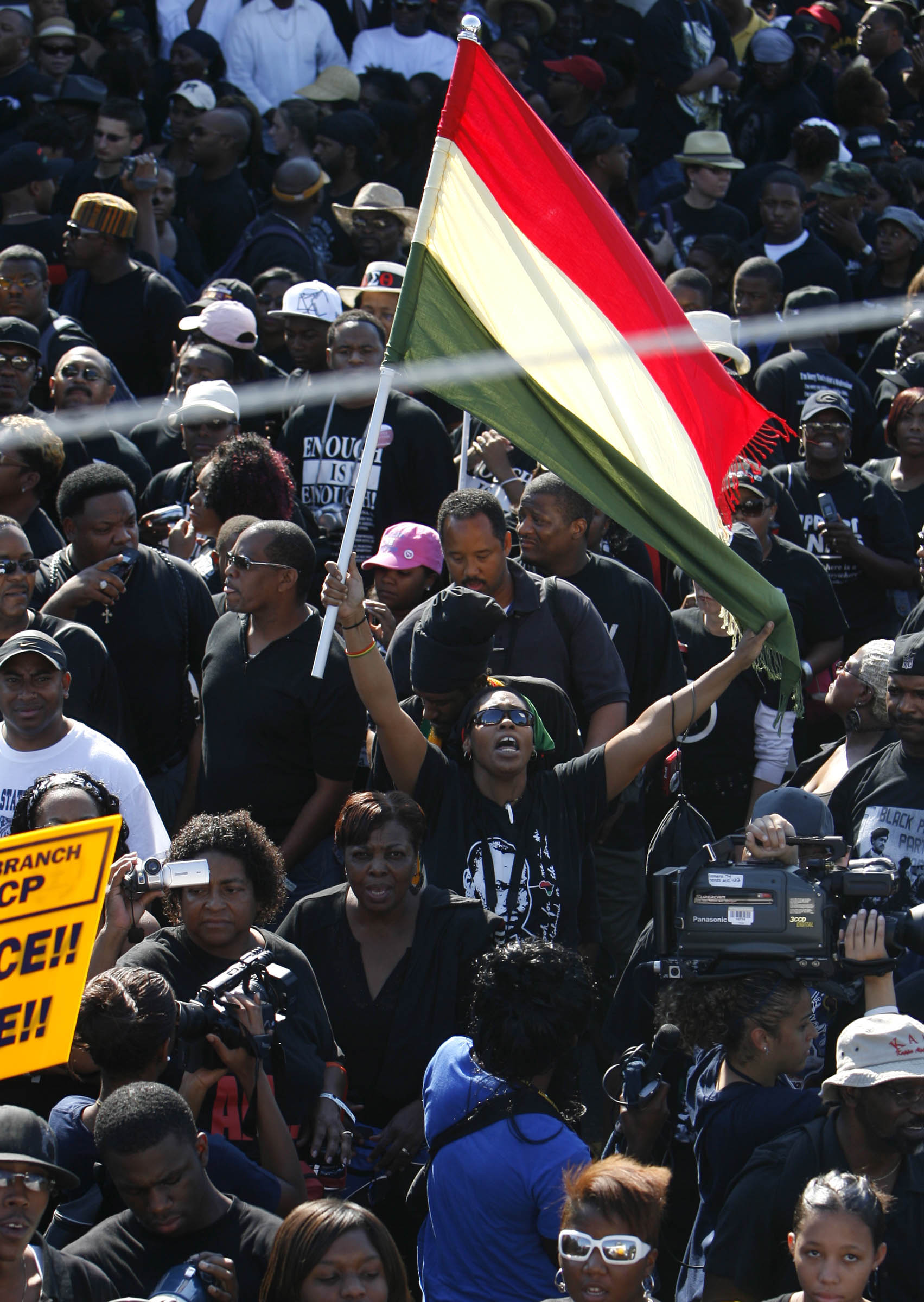 Blast from the Past

Thousands descended on tiny Jena, La. in a protest reminiscent of the days of Selma and the Civil Rights Movement of the 1950s and 1960s.  They were there to protest the incarceration of Mychal Bell, one of the so-called Jena 6.  Bell, along with five classmates from Jena High School, initially faced attempted murder charges for beating up a White classmate.

Racial tension had been high in the small town near Alexandria, La. after students hung nooses because a Black student sat under an “all-White” tree.  After that incident, racial fights erupted throughout the city, with White perpetrators punished less severely than their Black counterparts were.

While Bell sat in a LaSalle Parish jail, civil rights leaders Al Sharpton, Jesse Jackson and Martin Luther King III planned a civil rights protest comparable to any the South had seen since the 1960s.

However, despite the intentions of some protestors to be in Louisiana to support the Jena 6, their journey was stopped prematurely because of what they call racial profiling.

Many protestors from the state of Texas complained of being stopped and harassed by Louisiana law enforcement officials for simply wearing a black t-shirt and having out of state license plates.  Because of their attire, the protesters claim that police officers knew they were heading to Jena and they did everything in their power to prevent them from reaching their destination.

According to KHOU.com, Spurgeon Holly of Sugar Land, Texas ended up stranded at a Woodworth, La. gas station for allegedly speeding and driving on a suspended license.  With his vehicle seized, Holly missed the march in Jena.  Other protestors like Elmo Parker, endured similar obstacles and faced similar charges.

“One I was in the middle car, and two, it was too congested to be doing 70 (miles per hour),” said Holly. Holly added that his driving status is in good standing and he should have never received a ticket for driving on a suspended license.

Other protestors spoke to KHOU.com about having car trouble, and AAA not being able to find auto mechanics in that area willing to come to the aid of the stranded protestors.

When questioned by members of the media about the alleged incidents, the Woodworth police chief stated, “I’m not gonna get into any of that with you.  They’ve been given a court date and if they feel they’re not guilty, they can show up if they want.”

A day after the massive demonstration, a Parrish judge declined to release Bell on bond.

“I just want people to be aware of what’s going on in that town,” said Holly; a town that seems stuck in the past.