African Americans in the Media Struggle with Changing Landscape 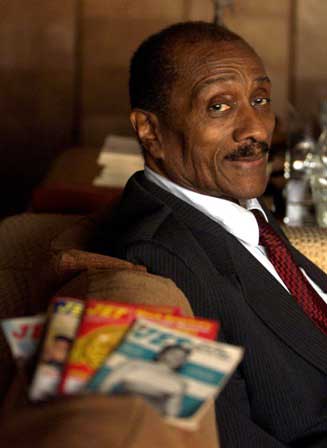 Media empires like Johnson Publishing Company have struggled in a down economy and ever-changing media landscape./AP

African American Media Moguls: Delivering the Messages despite the Downturns

The inadequate coverage of African Americans due, in large part to the lack of depth in minority media ownership, has provided a unique opportunity in the nation’s current economic conditions.  The media industry is taking major hits as revenues are dropping, readership and viewership totals are down and the journalism and media industries are bumping along the same rocky roads as the automotive industry where thousands of jobs were lost in a matter of days.

This has resulted in a rippling effect that has generated business closures and hampered the economic growth and development.  The difference with the closure of a media property is the business that is lost as well as the voices, information and ideas that are carried to the people.

“Running a media operation in today’s market is difficult, but not impossible and the opportunities are still there for African Americans who were not high in numbers from the start,” states L.P. Green, II, Founder, L.P. Green & Partners, a multi-platform media group that includes magazine publishing, online media and webcasting. “It requires understanding where the trends are and knowing how to apply sound business practices and creativity to capitalize on them. We stand on the shoulders of some great men and women who stayed the course in hard times.”

Participating in events and hosting activities that are relevant to the lives and culture of African Americans reinforces the much needed “cultural connection” between the publication and the consumer that transcends all the others in the pack. While magazines are a well received media within the African American community, the large number of failures brings home the message that despite a glossy cover featuring an African American in order to address the needs for African Americans in the media, you will discover that “without substance, there is no future.”

“You must still understand that African Americans in the media have to be shown in as many scenarios as any other ethnic group because they are just as diverse,” adds Green. “Publications that try to pigeon-hole this target market and to feature them with a singular focus and not as a people with many interests will fail.”