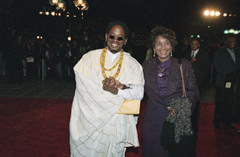 The fifth and newest predominately Black fraternity came into existence in one of the most turbulent years in American history.

In 1963, four little girls were murdered in a Ku Klux Klan bombing of the 16th Street Baptist Church in Birmingham, Ala.

Byron De La Beckwith assassinated Mississippi NAACP field secretary Medgar Evers in his driveway while his wife and children listened in horror from the living room.

But that same year, Martin Luther King, Jr. and other leaders spearheaded the March on Washington, signaling that hope still existed.

Out of that hope, Iota Phi Theta came into reality on the campus of Morgan State University.

And in their 50 plus years, the organization has produced leaders in every avenue of life.

In RegalMag.com’s final installment of the top 10 media professionals in predominately Black fraternities, the spotlight is now on the brothers of Iota Phi Theta Fraternity, Inc.

Click the links to learn more about each Iota.

Calvin Murphy—While Calvin Murphy is known throughout the world as a Hall of Fame basketball great.  In Houston, he is known as a colorful basketball analyst for Root Sports.  When he is described as colorful, that is meant sincerely from his wild suits to his wild on camera persona.

Desi Arnez Hines II—It seems that the go-to kid actor in the late 1980s and early 1990s for Black films was Desi Arnez Hines II.  He killed that snaggle tooth gangster as the young Quick in “Harlem Nights” and played the young Trey Styles in “Boyz N The Hood.”

Rick Jackson—Rick Jackson is the new face of Birmingham Water Works public relations.  But before this job, he worked as a news broadcaster for the NBC and FOX affiliate in Tupelo, Miss and for CBS 42 in Birmingham, Ala.

Spencer Christian—This member of Iota Phi Theta is also a veteran of television news like Jackson.  He worked as a weatherman for “Good Morning America” on ABC.  Now he is the weatherman for KGO-TV (ABC) in San Francisco.  Christian is also an accomplished author of children’s books.

Webster Lewis—Webster Lewis is a jazz great and disco keyboardist.  Lewis received his Masters degree from the New England Conservatory of Music.  While his early success came as a sideman on jazz albums, he is most known for his disco influenced music while recording for Epic Records in the 1970s.

Drew Fraser—It seems like all predominately Black frats have a list of great comedians on their roster and the Iotas are no different.  Comedian Drew Fraser is known for such things as “Def Comedy Jam” as a performer and writer, “I Love the 70s” on VH1 and “The Bad Boys of Comedy.”  He also acted in the 2003 movie “Brotherly Love.”

Jason Manuel Olazabal—This Iota is an acting star known mostly for his role on the TV show “Dexter.”  The Santa Maria, Calif. native has also starred in “Bad Boys II,” “Inside Man,” and shows like “Blue Bloods,” “NCIS: Los Angeles” and “House.”

Kendrick Jevon Dean—This member of Iota Phi Theta is an accomplished musician and photographer to say the least.  The Miami native who is based in Atlanta picked up his love for the camera by watching his father work his craft.  On the music front, some of the hits songs that came from his talented pen include “Say Goodbye” by Chris Brown, “Last Time” by Trey Songz and “I Stay in Love” by Mariah Carey.

Mike City—Even if the name of this Iota Phi Theta member is not known, his music definitely is known.  This singer-songwriter wrote some of the biggest R&B hits of the early 2000s.  His hits include “I Wish” by Carl Thomas, “Heard it All Before” by Sunshine Anderson and “One Woman Man” by Dave Hollister.

T.C. Carson—Being typecast is every actor’s fear.  That being said, T.C. Carson will always be Kyle Barker from “Living Single.”  Despite his classic role as Kyle, this member of Iota Phi Theta is even more accomplished on the theater stage, starring in musicals like “Dreamgirls,” and “The Wiz.”  A cool fact is that Carson was born on the same day as his “Living Single” lover/nemesis Erika Alexander (Maxine Shaw).