All-Time Mount Rushmore For Each NFL Franchise: Who Deserves Recognition, Who Doesn’t? 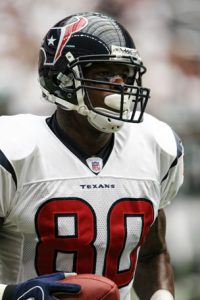 The National Football League (NFL), arguably, has too many legends to have one consensus Mount Rushmore.

To a certain generation, wide receiver Jerry Rice is the greatest of all time.

To those a bit older than that generation, running back Jim Brown is the greatest of all time.

In Brown’s defense, he left a stellar career with the Cleveland Browns at the height of his powers to pursue a career in Hollywood when he had a dispute with owner, Art Modell.

The children of Brown’s fans might believe Barry Sanders is, at least, the greatest running back of all time.

Sanders also retired at the height of his success.

But both old heads and youngsters must admit that quarterback Tom Brady deserves to be somewhere at the top of the class.

Brady showed how great he truly is by winning a Super Bowl in his first season away from New England Patriots head coach, Bill Belichick.

What about the greatest defenders of all time?

Where would football fans put Lawrence Taylor, Deacon Jones and Deion Sanders on the list of greatest of all time (GOAT)?

Since the task of determining the GOAT might prove too difficult, RegalMag.com has instead broken down the list based on the NFL’s 32 teams.

Since that too is extremely difficult, the staff at RegalMag.com debated the Mount Rushmore from every NFL franchise, choosing the top four players all time for each team.

Only one rule exists in Regal Mag’s Mount Rushmore for each NFL team.

That rule is no player can appear on more than one team’s Mount Rushmore.

So without further ado, check out Regal Mag’s Mount Rushmore for each franchise.

As always, let Regal Mag know what it got right and what Regal Mag got wrong.

Now that Regal Mag has released its Mount Rushmore for each NFL franchise and you have agreed and disagreed with the publication, which current players (not listed) do you think will eventually join their franchise’s Mount Rushmore?

Furthermore, let Regal Mag know what 2022 rookie will eventually be on the Mount Rushmore of the team that drafted them.

Let your voice be heard!