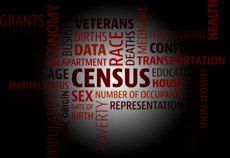 House census visits now must be completed by Sept. 30.

Early Census Closure: How Will it Affect Minority Communities?

To say that the decennial census plays an important role in the everyday lives of Americans epitomizes the word understatement because the census determines the number of seats an area receives in the House of Representatives and how much money comes into various communities.

However, because of the coronavirus and President Donald Trump’s decision to end census house visits a month earlier than expected, many minority communities might experience an undercount, which would mean underfunding for those communities for the next 10 years.

“This new deadline allows Trump to cheat hard-to-count communities of color out of the resources needed for everything from health care and education to housing and transportation for the next 10 years,” said the group Asian Americans Advancing Justice, one of the groups that successfully sued to exclude the citizenship question on the 2020 census.

President Trump’s administration, unsuccessfully, attempted to include a citizenship question on the 2020 census.

Critics of that plan believed that a citizenship question would discourage undocumented immigrants from participating in the 2020 census.

Many critics of the citizenship question believed that that fear would result in Democrats losing House seats as well as underprivileged communities receiving less federal funding.

“It’s an attempt at political beheading of the Latino vote. It just reeks of political opportunism,” said Domingo Garcia, national president of the League of United Latin American Citizens (LULAC) of the decision to end enumeration a month early.

Some fear the abrupt ending of house visits will have the same impact as the proposed citizenship question.

Now, American households have to have the census survey completed by Sept. 30 instead of Oct. 31.

Despite the criticism from many on the left, in a statement Census Bureau Director Steven Dillingham said the changed date served to “accelerate the completion of data collection and apportionment counts.”

Dillingham said, “The Census Bureau’s new plan reflects our continued commitment to conduct a complete count, provide accurate apportionment data, and protect the health and safety of the public and our workforce.”

For the first time, the 2020 census allowed American residents to fill out the survey online.

Responders could also complete their census survey via phone or mail.

However, the digital divide might have an adverse impact on minority participation, as well as participation from underprivileged communities.

The digital divide revolves around the fact that many underprivileged communities do not have adequate Internet access in their homes.

Many community organizations, universities and community colleges like Lone Star College in the Greater Houston area had agreed to open their computer labs to underprivileged residents.

However, with the coronavirus pandemic occurring before Census Day, many of those plans had to be readjusted.

Nevertheless, Dillingham insisted that the Census Bureau remained “committed to a complete and accurate 2020 Census.”

Dillingham added, “Building on our successful and innovative Internet response option, the dedicated women and men of the Census Bureau, including our temporary workforce deploying in communities across the country in upcoming weeks, will work diligently to achieve an accurate count.”

However, Dillingham said the timeframe “wasn’t at my level” and that he is moving “as rapidly as possible and to get a complete and accurate count as soon as possible.”

Last week, Dillingham declined to answer whether or not the Census Bureau needs more time to complete their count.

The Census Bureau will need to reach four out of every 10 households by the end of September to achieve their goal of a truly accurate count.

Upon hearing of the decision to end the count a month earlier than expected, the Lawyers’ Committee for Civil Rights Under Law criticized the plan “in no uncertain terms” believing that the changed plan could result in “missing millions in Black and immigrant communities.”

Additionally, four former directors of the Census Bureau spoke out against the decision to cut off counting by the end of September believing it would “result in seriously incomplete enumerations in many areas across our country.”

On Aug. 4, the former directors, who served under Republican and Democratic presidents, urged Congress to put together a group of experts to determine the quality of the count.

“The credibility of the U.S. Census Bureau as the gold standard of data in the United States will be undermined by rushing an incomplete census count to meet deadlines,” said a group of agencies and nonprofit organizations that acts as a liaison between state governments and the Census Bureau.

The coronavirus pandemic has severely affected some areas when it comes to census participation.

College towns across America risk having a severe undercount because many students had returned to their hometowns after colleges and dormitories closed early due to Covid-19.

“This is nothing but a disgusting power grab from an administration hell-bent on preserving its fleeting political power at all costs,” said Julie Menin, census director for New York City.

U.S. Rep. Carolyn Maloney said, “This move will rush the enumeration process, result in inadequate follow-up, and undercount immigrant communities and communities of color who are historically undercounted.”

In a statement, the former census directors added, “Having helped to plan, execute or lead five decennial censuses serving nine presidents of both parties, our expert opinion is that failing to extend the deadlines to April 30, 2021 will result in seriously incomplete enumerations in many areas across our country.”