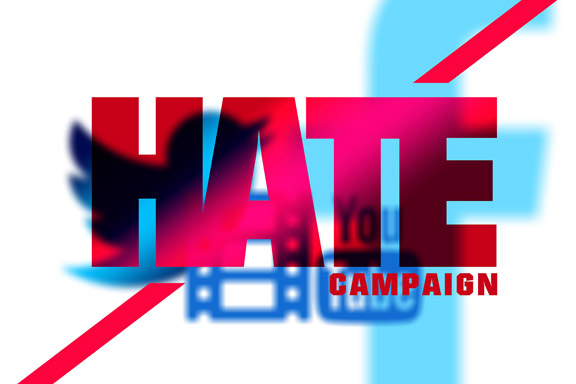 On April 28, the Justice Department announced that they would charge the three men arrested in the killing of Ahmaud Arbery with a hate crime and attempted kidnapping charges.

Gregory McMichael, 65, and his son Travis McMichael, 35, claimed that they followed Arbery in order to make a citizen’s arrest because they suspected Arbery of burglary and that the area had experienced several home break-ins, which turned out to not be accurate.

The McMichaels said that they had to shoot Arbery in self-defense after he tried to take away their weapon.

William “Roddie” Bryan Jr., 51, the third suspect charged in the death of Arbery in 2020, recorded video footage of the deadly encounter and allegedly hit Arbery with his vehicle after he joined the McMichaels in their pursuit of the jogger.

According to a Justice Department press release, Bryan and both McMichaels also face charges of one count of interference with rights and one count of attempted kidnapping.

“It’s one step closer to justice. They did the investigation properly and they came out with those indictments. So, my family and I were pleased,” said Wanda Cooper-Jones, mother of Arbery.

Cooper-Jones later told CNN that the federal hate crime charges against the three suspects was “huge.”

Civil rights attorney Benjamin Crump, who represents Arbery’s family, said that the federal indictments of the three suspects were “yet another step in the right direction.”

In a statement Crump added, “This is an important milestone in America’s uphill march toward racial justice, and we applaud the Justice Department for treating this heinous act for what it is—a purely evil, racially motivated hate crime.”

However, in a statement Travis McMichael’s attorneys Jason Sheffield and Robert Rubin said, “we are deeply disappointed that the Justice Department bought the false narrative that the media and the state prosecutors have promulgated.”

In a statement Gough said, “Roddie Bryan has committed no crime. We look forward to a fair and speedy trial, and to the day when Mr. Bryan is released and reunited with his family.”

CNN reported, “Arbery’s death, along with those of George Floyd and Breonna Taylor, sparked a summer of protests and calls for police reform in the US. In Georgia, Arbery’s death resulted in the overhaul of the state’s citizen’s arrest law.

“Federal prosecutors said all three men ‘used force and threats to intimidate and interfere with Arbery’s right to use a public street because of his race.’

“While Arbery was jogging, prosecutors said the McMichaels ‘armed themselves with firearms, got into a truck, and chased Arbery through the public streets of the neighborhood while yelling at him, using their truck to cut off his route, and threatening him with firearms.

“Bryan also joined the chase and cut off Arbery’s route with his truck, prosecutors said.”

However, video showed that Arbery did not take anything from the construction site or meddle with the new homes.

The Justice Department issued a press release that said, “All three defendants attempted to unlawfully seize and confine Arbery by chasing after him in their trucks in an attempt to restrain him, restrict his movement, corral and detain him against his will, and prevent his escape.”

When asked why it took the Justice Department so long to file hate crime charges, a spokesperson declined comment.

The Justice Department said that they began considering hate crime charges in May 2020.

Attorneys for the McMichaels insist that their clients believed that Arbery had burglarized homes in the area and that they simply made a citizen’s arrest that became violent because they had to defend themselves.

USA Today reported, “A special agent with the Georgia Bureau of Investigation told investigators last year that he heard Travis McMichael call Arbery a racial slur as he laid on the ground with gunshot wounds.

Over the last decade, citizen’s arrests and neighborhood watch programs have come under great scrutiny with the deaths of Arbery in 2020 and Trayvon Martin in 2012.

George Zimmerman killed Martin, 17, after walking in his father’s Sanford, Fla. neighborhood talking on the telephone with his girlfriend after he had visited a local convenient store.

Zimmerman told a 911 operator that he had grown tired of criminals committing crimes and getting away with it.

Although the 911 operator told Zimmerman that first responders did not need him to follow Martin because they had dispatched police officers to the scene, Zimmerman followed the teenager anyway.

He approached Martin and allegedly a fight broke out between the high school student and the self-appointed neighborhood watchman.

Zimmerman said that he killed Martin in self-defense.

Initially, Zimmerman did not face charges in Martin’s death.

But after news of Martin’s death went viral, Zimmerman eventually faced charges in the teenager’s death.

Martin’s killer was found not guilty of murder.

However Frank Hogue, one of Greg McMichael’s lawyers, said, “We have disputed in the state case that race was the motivating factor behind the McMichael’s action. Instead, they were attempting to conduct a lawful arrest of a man they had reasonable and probable grounds to suspect had committed a burglary in their neighborhood and was attempting to escape by running away.”