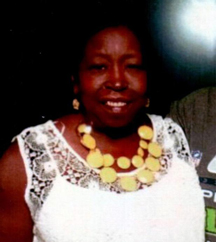 This website is dedicated in loving memory to the late, Lucille “Pooh” Comeaux.

Every now and then, a publication, such as Regal Magazine (RegalMag.com) comes along that is both socially relevant and entertaining.  Magazines such as RegalMag.com, usually contain thought provoking and groundbreaking material, and inspire millions of readers to achieve greatness.  When John H. Johnson launched Ebony and Jet, he inspired countless generations of African-Americans that they could have the same type of success as the people covered in those magazines, despite living in a society that labeled them as inferior.  RegalMag.com follows the same format as its predecessors by providing a positive image of African-American males and covering topics that are pertinent among African-American men.

RegalMag.com was founded in November 2006 by publisher Todd A. Smith.  Smith envisioned the publication being a male counterpart to magazines like Essence and Sister 2 Sister.  The publisher believed there were many issues among African-American men that were being ignored by the larger culture.

RegalMag.com tackles such prevalent issues as health, finances, relationships and sports.  In addition, the online magazine provides positive stories of African-American men who have overcome seemingly insurmountable obstacles on their road to success.  Lastly, RegalMag.com includes features of African-American athletes and entertainers making positive contributions to their communities.