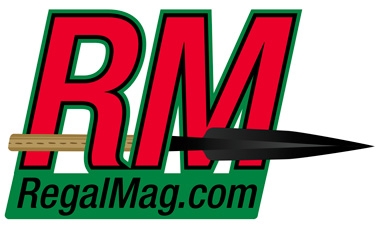 Houston (January 2, 2015)—African-American men have longed for an intelligent publication, which would allow them to address the pertinent issues and stories affecting their demographic.

For over eight years, RegalMag.com has provided them with an online magazine dedicated to the issues affecting them on a daily basis.

Despite the accomplishments of successful African-American men like President Barack Obama and Attorney General Eric Holder, African-American men still find themselves in the middle of a war zone, and Regal Media Group, LLC President/CEO Todd A. Smith believed that it was time to rebrand the online magazine with a new logo and new slogan, which accurately reflects the current plight of African-American men.

“African-American men are at war,” Smith said.  “They are at war against police brutality, racism, White supremacy, Black-on-Black crime, high unemployment, poor education, high dropout rates in high school, self-hate, sin and absentee fatherhood.  I wanted a logo and slogan that was strong and reflected the legacy of great African warrior kings like Shaka Zulu.”

The new logo features the standard R and M in Oblique Condensed Helvetica font found in other Regal Media Group logos with an assegai spear protruding through the R and M.

The new slogan is, “The Online Magazine Honoring Our Royal Heritage.”

Assegai spears played a seminal role in the expansion of Shaka Zulu’s kingdom and allowed him to experience great success at the hands of his adversaries.

Other cultures had used assegai spears with a long handle during war, but Shaka Zulu masterminded the assegai spear with the short handle, which gave him a decided advantage against his opponents.

The assegai spear with the short handle is featured in the new RegalMag.com logo and is a metaphorical weapon that can be used in the current war that African-American men are facing.

“The assegai spear was used by the warrior king Shaka Zulu during battle and RegalMag.com is using that spear as a metaphor for the weapons we need to win our current war,” Smith said.

“The weapons we need now are faith in God, forgiveness, prayer, repentance of sins, education, voting, participating as jurors, turning away from violence, being active fathers in our children’s lives, opening the doors for other African-American men to obtain meaningful employment and denouncing racism even if that racism comes from another African-American.”

Regal Media Group, LLC is the parent company of RegaMag.com and the talk show “Regal Roundtable,” which discusses hot topics from a male perspective.