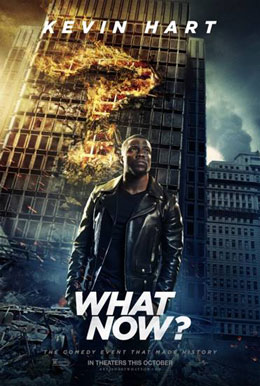 The Undisputed King of Comedy Returns to Stage

He has conquered stand up comedy.

He has conquered the big screen.

The only stage he had not conquered was the stadium stage.

All of the great entertainers in history have graduated to the stadium stage like Michael Jackson, Beyoncé and Madonna.

Hart has put himself in that rarefied air with his concert film, “What Now?,” which hits theaters Oct. 14.

For Regal readers in the Houston market, there is a limited chance to see the movie absolutely free.

Just be one of the first eight readers to send a direct message via Twitter to @RegalMediaGroup with you email address and the tickets are yours.