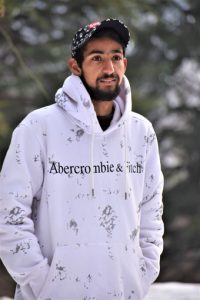 In recent years, Abercrombie & Fitch has tried to become more inclusive with their styles, sizes and models.

When Netflix dropped the highly anticipated documentary “White Hot: The Rise & Fall of Abercrombie & Fitch,” it brought back memories for many people that were in high school and college during those years.

Even if one never wore Abercrombie & Fitch, one probably could not escape the in-your-face (almost pornographic) advertisements and those shutters that kept prying eyes away from what went on in the store.

And while many saw Abercrombie & Fitch as just the latest preppy fashion trend, the brand became symbolic of an era of outright discrimination and elitism that has now become apparent even to those that did not pay much attention to the clothing brand decades ago.

One ex-Abercrombie & Fitch employee said, “There were probably just as many people as there are now who hated what we were doing, who were completely offended, who didn’t feel included, who didn’t feel represented. But they didn’t have the platform to be able to voice it and now they do.”

And what they voiced probably would not fly in today’s social media world that often calls out racism, misogyny, size discrimination and a lack of inclusion.

When Abercrombie relaunched in the 1990s under former CEO Mike Jeffries, from an outdoorsman brand made popular by former President Theodore Roosevelt, they exclusively catered to the so-called cool, beautiful and White teenagers in affluent communities across the country.

As a result of the popularity of the advertisements, the Abercrombie & Fitch logo began to be sought after at high schools and colleges across the country.

While many brands used models who White America would view as beautiful to market their brands via advertising, Abercrombie & Fitch took it a step forward, according to critics, former employees and former applicants.

Abercrombie & Fitch stores began actively recruiting store workers that looked like the models in their ads, regardless of their customer service or sales skills or experience.

As a result, the workforce almost looked exclusively White, young, thin and good-looking by Eurocentric standards.

Many Black and Brown employees had to take jobs in the back of the store, out of customers’ sights.

Additionally, many minority employees only received nightshift hours, a time in which the store only needed employees to wash windows and vacuum floors.

However, many minority employees began seeing their hours dwindle to the point where they no longer had a job.

Many managers also did not give them a reason for the lack of working hours.

Some said when they tried to swap hours with their co-workers, the managers would not allow hour swapping, a practice common with some low-skilled jobs.

Antony Ocampo, a Stanford University student in the late 1990s and early 2000s worked for Abercrombie & Fitch for a time during the winter months and was told the company would rehire him if he wanted to return during the summer months.

However, when Ocampo returned during the summer, a brand manager told him they would not rehire him.

He said, “She did not give me a reason until I pressed. She said, ‘Well, my manager says we can’t rehire you because we already have too many Filipinos working at this store,’ and that’s when I was stunned into silence.”

At the height of Abercrombie & Fitch’s success, the company sold racist anti-Asian t-shirts that some in the company thought Asian people would like.

NBC News reported, “The brand’s aesthetic of exclusivity also permeated its marketing and seeped into its products. Logo tees that were wildly popular in the early 2000s featured several offensive designs. One of the most notorious was a T-shirt that featured racist caricatures of Asian men and read, ‘Wong brothers laundry service—Two Wongs can make it white.’ Another featured a smiling Buddha with a slogan that read, ‘Abercrombie and Fitch Buddha Bash—Get your Buddha on the floor.’ Still another featured an Asian man in a rice-picker hat pulling a rickshaw.”

Ocampo said, “There were a lot of moments where Abercrombie as a brand hurt Asian men explicitly. If you’re an Asian American man growing up in this time, and you don’t see any exposure to Asian men being desirable or attractive, and all you see represented in the most popular brand in America is this caricature of who Asian men are…that doesn’t really make you feel great.”

Many customers also talked about employees not making them feel great or wanted when they visited the stores.

The attitude of the employees wreaked of arrogance and elitism to some of the store’s critics and former customers.

Many say the salespeople, who later were called models so that the company could get away with only hiring people that fit their definition of attractive, would often ignore shoppers like the so-called cool kids would ignore the social outcasts at a high school party.

In a statement, current Abercrombie & Fitch CEO Fran Horowitz said that the past exclusionary practices are “not reflective of who we are now.”

Horowitz said, “We’ve evolved the organization, including making changes in management, prioritizing representation, implementing new policies, re-envisioning our store experiences and updating the fit, size-ranging and style of our products. We’re focused on inclusivity—and continuing that transformation is our enduring promise to you, our community.”