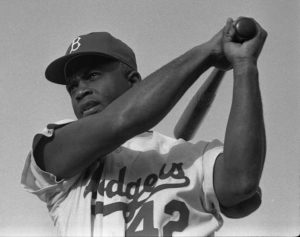 Breaking the Major League Baseball color barrier with the then Brooklyn (now Los Angeles) Dodgers should place Jackie Robinson on any Mount Rushmore.

America today is the day.

Today, the Houston Astros and the Philadelphia Phillies square off at Minute Maid Park in Houston for game one of the 2022 World Series.

The team from the “City of Brotherly Love” is the ultimate Cinderella story.

They barely got into the postseason.

But they have made their mark since they received the invite, thanks in part to the exploits of the supremely talented, Bryce Harper.

On the other hand, the Astros wear the black hat as the ultimate villain amongst baseball fans.

This is the golden era of Houston baseball.

But to many, the gold is fake because of the sign-stealing scandal that tarnished their 2017 World Series victory against the Los Angeles Dodgers.

RegalMag.com is a Houston-based Internet magazine.

Therefore, we cannot really hear the hate from the other 49 states in the Union because we have too much champagne clogging our ears after so many locker room celebrations over the last six years.

Yes, this is the Astros’ fourth trip to the Fall Classic in the last six years, and fifth overall trip to the World Series.

And the Astros have swept so many teams that many fans have forgotten what it feels like to lose a game, let alone an entire series.

So, no matter what the outside world says, stars like Jose Altuve, Yordan Alvarez, Justin Verlander and Kyle Tucker have solidified themselves as legends in the “H.”

But what about the legends of the cities that are not the fourth and sixth largest cities in the Union?

Many franchises have storied histories that go back much further than recent years.

In honor of the 2022 Fall Classic, the staff at RegalMag.com discussed and debated who deserves to be on the Mount Rushmore for each franchise.

One rule is that a player cannot appear on more than one Mount Rushmore.

Therefore, Nolan Ryan’s time with the California Angels will not get any love.

Reggie Jackson’s time with the, recently swept out of the playoffs by the Astros, New York Yankees will not receive any love.

And Pete Rose’s time with the Phillies will not get any love either.

So, now that that’s out of the way.

Feast your eyes on the beautiful creation known as the Mount Rushmore of Major League Baseball (MLB), multiplied by the 30 for each MLB franchise.

As with any RegalMag.com list, let the publication know what it got right and where the staff lost their ever-loving minds.